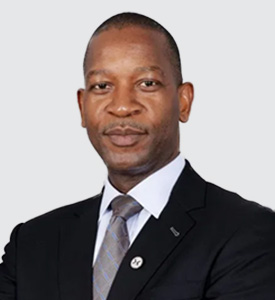 Dr Babatunde Ajibade, SAN is the managing partner of S. P. A. Ajibade & Co, a leading corporate and commercial law firm with offices in Lagos, Ibadan and Abuja, Nigeria.

He is a dispute resolution specialist and has substantial expertise in international commercial arbitration, especially in the fields of company law, energy law, labour law, hospitality law and investment treaty law. He has acted as counsel in institutional arbitration proceedings involving complicated shareholder disputes and damages claims arising from alleged breaches of hotel development and management contracts. He has also conducted several ad hoc references and is currently coordinating an investment treaty arbitration claim against a host state. Babatunde also sits as an arbitrator, and is currently presiding as sole arbitrator in an international commercial arbitration with its seat in Lagos, Nigeria involving alleged breaches of the terms of an international executive employment contract and as a co-arbitrator in a complicated energy dispute involving alleged breaches of a crude oil handling agreement, also with its seat in Lagos.

Dr. Ajibade was called to the Nigerian Bar in 1989. He obtained an LLM degree in corporate and commercial law in 1990 and a PhD in private international law in 1996, both from King’s College London. He was elevated to the rank of Senior Advocate of Nigeria in December 2007. He was awarded the International Practice Fellowship of the International Bar Association in Madrid in October 2009 and became a fellow of the Chartered Institute of Arbitrators UK in January 2015.
0